We are a family owned business

Sculpt U is a family owned business run by two brothers looking to change the way the fitness industry views and utilizes physical therapy services by providing skilled manual therapy and doctorate level fitness training in the greater Houston area. The next generation physical therapy approach consists of one-on-one quality sessions, nutrition, and fosters safe re-entry back into the fitness world. Sustainable results, efficiency and excellence are the core values of Sculpt U. 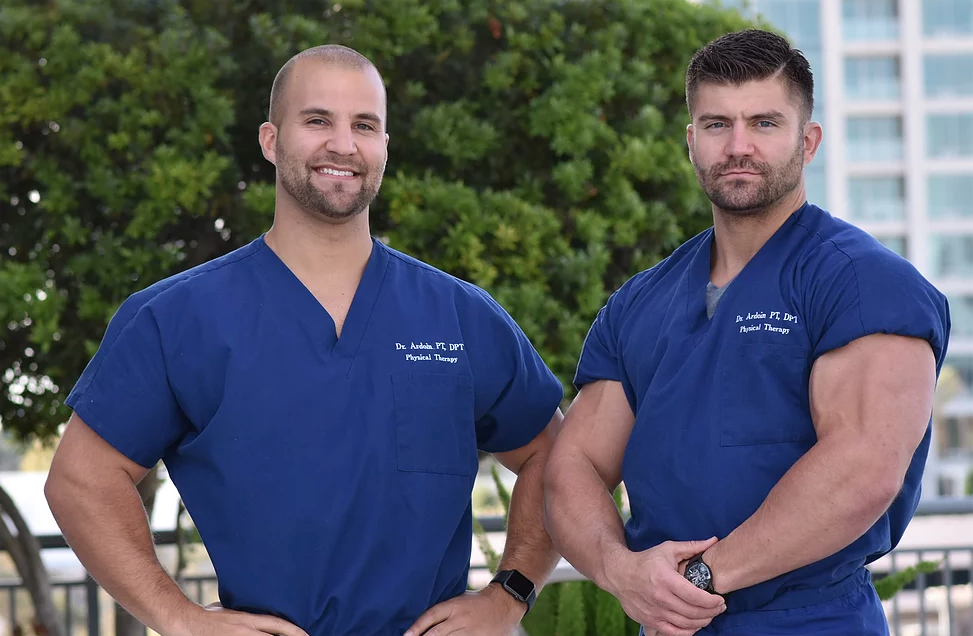 AS A YOUNG MAN WHO LIVED FOR SPORTS AND LOVED TO HELP PEOPLE, IT WAS DESTINED FOR HIM TO CHOOSE THE FIELD OF PHYSICAL THERAPY.

Dr. Ryan Graduated from Utica college in Upstate NY and started his path as a physical therapist. Plagued with injuries early in his athletic career, he learned what pain was about first hand and sent him on a mission to learn more about pain, movement and sports medicine.

Dr. Ryan is very versatile in the patients he treats but gravitates towards the golf community as he played collegiate golf and is Titleist Performance Institute certified. He also has a thick strength and conditioning background which he integrates with his rehabilitation programming.

Dr. Ryan and his brother started Sculpt U in 2017 to change the way physical therapy is delivered and utilized by the fitness industry. They specialize in bringing their high level rehabilitation to health clubs to help members make the best decisions for their health by conveniently being the first point of contact. 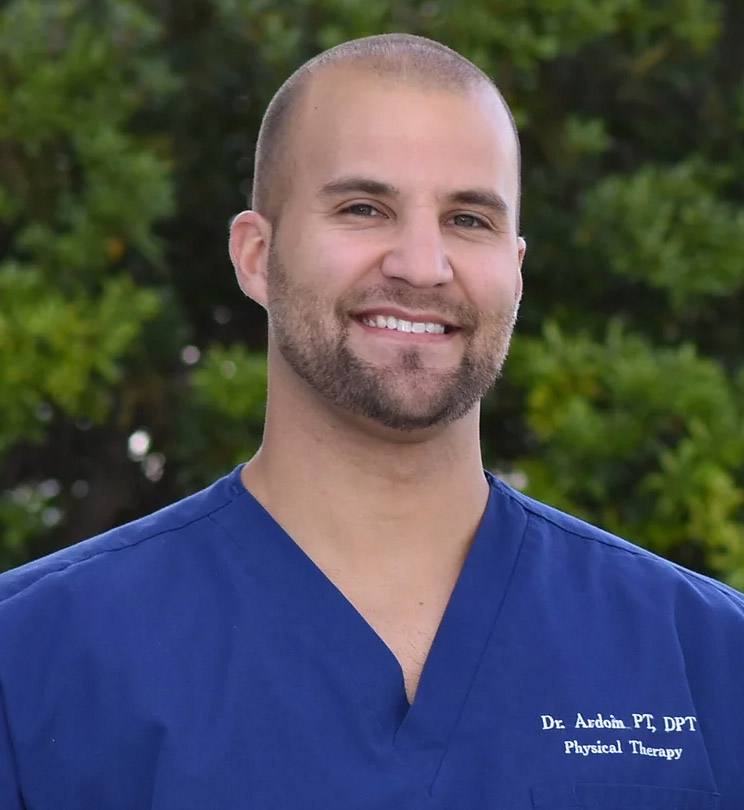 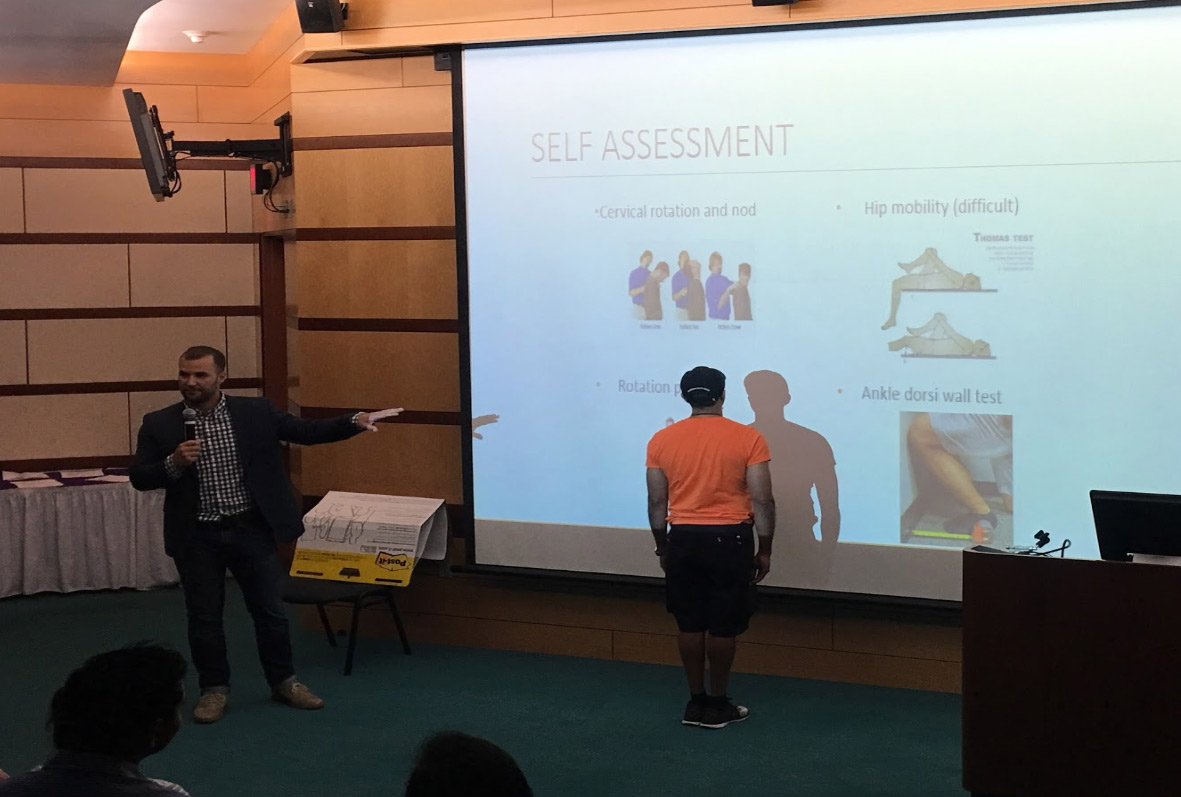 A Louisiana native raised in upstate NY, he earned his doctorate degree in physical therapy at Ithaca College with an alternate degree in business administration.

Dr. Clay’s passion for health and fitness ignited at an early age as he was plagued with musculoskeletal injuries throughout his athletic career. He wanted to make a difference in people’s lives going through the same pains.

Dr. Clay played four years of collegiate football where he gained a deeper understanding of working with and through orthopedic injuries, the intricacies of working with high level athletes and developing advanced training programs. He was inducted into the National Football Foundation Hall-of-Fame for Scholar Athletes at the end of his football career. He earned his Certified Strength and Conditioning Specialist (CSCS) certification in 2012.

Dr. Clay was picked up by Silver Models, a fitness agency based out of NYC, where he gained traction in the fitness industry shooting for companies including Under Armour and other various fitness products. He completed in his first bodybuilding contest in 2017 and continues to pursue his passion in bodybuilding. His affinity for sports and orthopedics sent him on a journey to find a platform to share his knowledge and expertise. He has had the opportunity to work in several private sports orthopedic facilities, cardio/pulmonary rehabilitation and even home health.

Dr. Clay uses his manual therapy skills, teachings in physical therapy, continued studies in functional movement diagnostics, as well as strength and conditioning, to bridge the gap between rehabilitation and returning to performance training. He and is brother have developed Sculpt U to bring a premium, high level of care to a population struggling with a declining health care system. Their organization stands on quality, commitment and excellence, putting the patients needs first above all else. 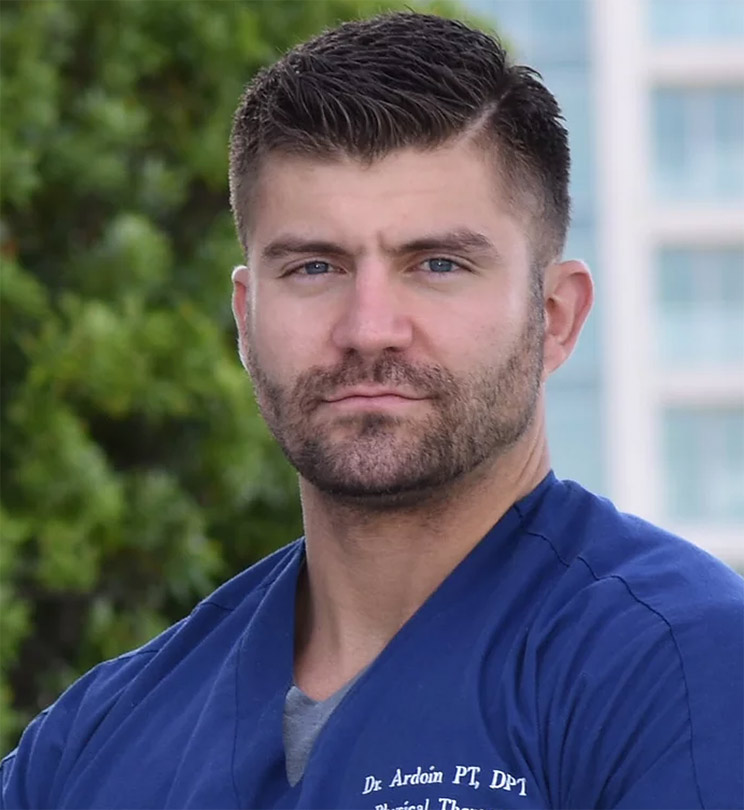 Dr. Cao attended the University of Houston, where he achieved his bachelor degree in exercise science, along with a minor in nutrition in 2013.

He developed an interest in physical therapy and decided to get exposed to the field by working as a rehab technician in the acute and inpatient settings. He knew this was his calling, so he pursued higher education as a physical therapist. He attended the University of Incarnate Word in San Antonio Texas, and earned his doctorate of physical therapy in 2018. Through life endeavors and work experience as a physical therapist, he developed his personal philosophy, which emphasizes improving mechanical symptoms without the need for medication. He is specialized in manual therapy, which allows him to unlock the body’s potential, relieve pain, and improve joint restrictions, ultimately allowing his patients to return to their active lifestyles. He strives to stay current with the latest techniques through his enrollment in a fellowship program at the Institute of Athlete Regeneration, focusing on an expertise in sports and orthopedic manual therapy. 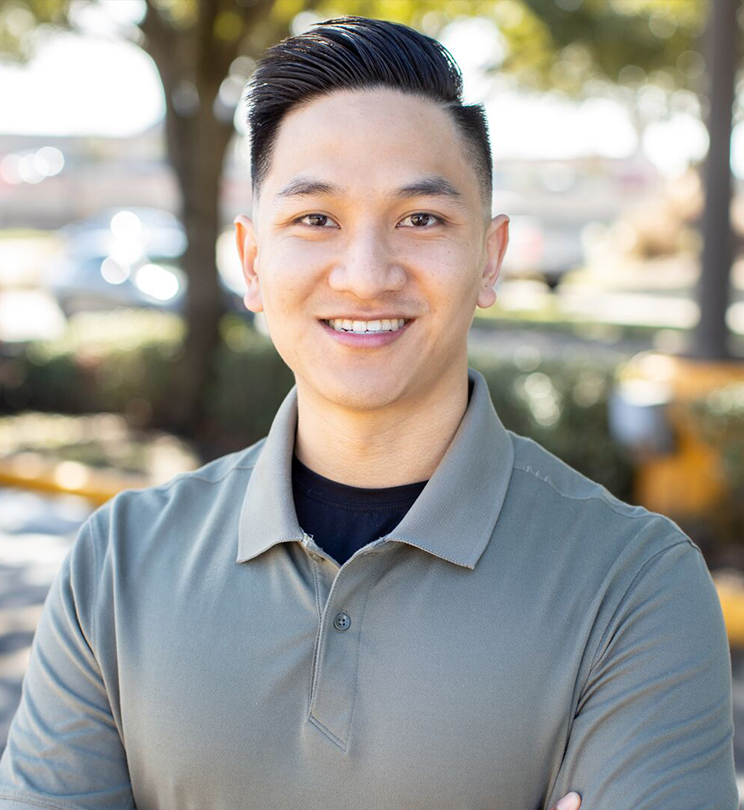 Dr. Gordon Peace received his Bachelor’s degree in Exercise and Sport Science from the University of Georgia in 2016 where his passion for physical therapy evolved.

Gordon grew up surrounded by sports and training, with a specific focus on tennis. Not only did he compete in tennis at a very high level but he also has extensive experience coaching tennis players who have gone on to play at Division 1 Universities. Upon graduating from UGA, he pursued a Doctorate of Physical Therapy degree from The University of Texas Medical Branch in Galveston, TX. After earning his Doctorate, he chose to specialize in Orthopedic and Sports rehabilitation by completing an Orthopedic Residency through Emory University in Atlanta, GA. In his training at Emory, he was mentored by some of the top educators in the field and refined his holistic approach utilizing the latest physical therapy research. Gordon empowers his patients to take control of their own health and wellness without the need for medication or surgery. He utilizes his certification in Functional Dry Needling and his extensive manual therapy training to get his patients back to what they love doing as fast as possible. 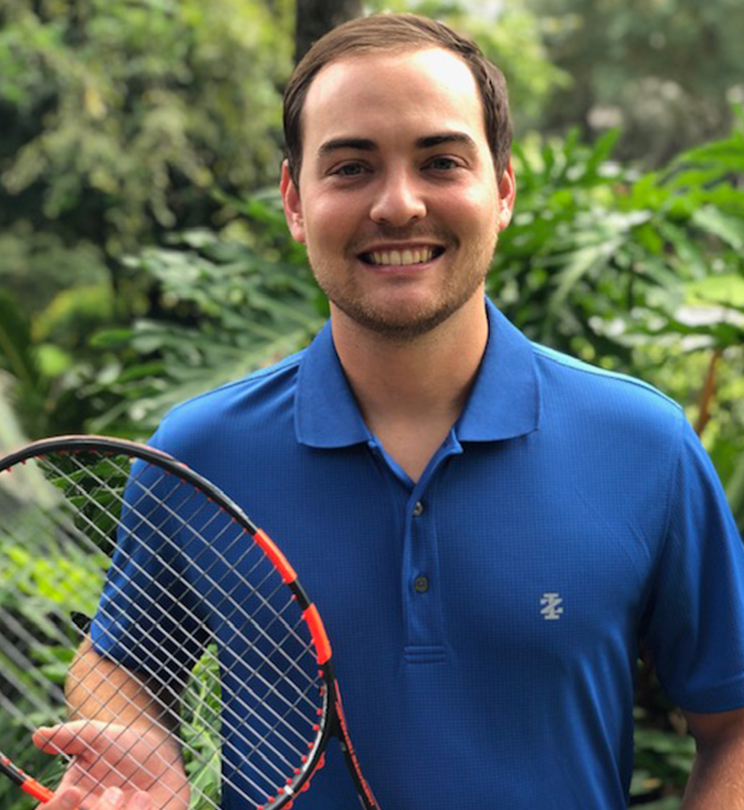 Dr. Denaye Eby believes that compassion and patient education are vital to support the patient throughout physical therapy.

Dr. Denaye Eby received her doctorate in physical therapy from University of Texas Medical Branch at Galveston, and furthered her education to attain the highest level of training with her fellowship program in the American Academy of Orthopedic Manual Physical Therapists (AAOMPT). She provides the best evidence-based practice with an individualized plan of care to enable her patients to return to the activities they enjoy. “My favorite hobbies are running, strenuous hikes, and weightlifting as I love to challenge myself physically, so I find a special passion in helping and training others to return to these activities as I know the empowerment and adventure they bring.”

She believes that compassion and patient education are vital to support the patient throughout physical therapy. Her exceptional training and years of experience has made her an expert in identifying movement patterns to determine the root cause of pain in order to achieve the patient’s goals faster without the need for surgery or medication. She strives to inspire others that they can achieve their goals and looks forward to being a part of their journey. 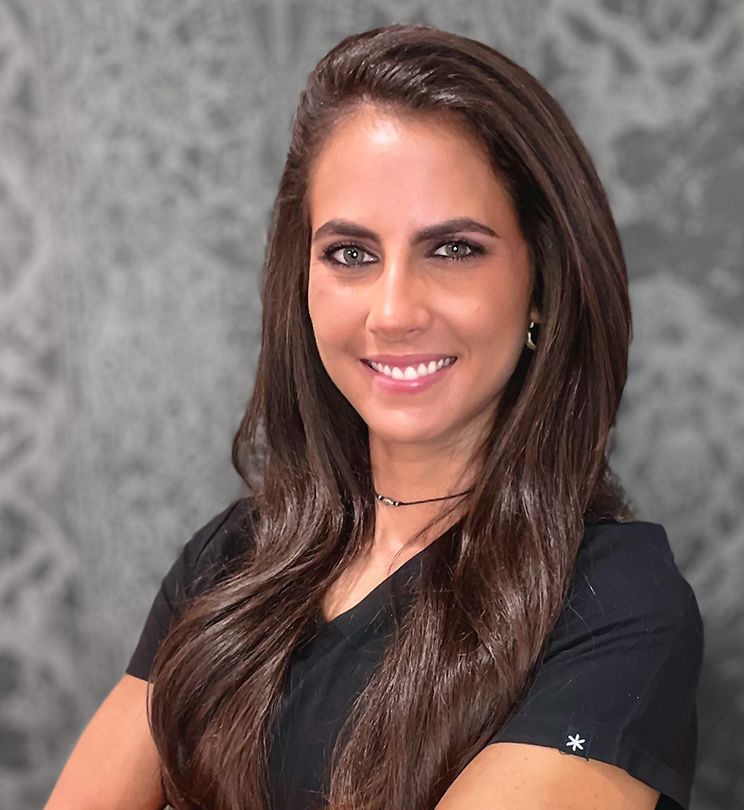 Carli Kavanagh received both her Bachelor’s in Health Science and Doctorate of Physical Therapy from the University of Missouri in Columbia.

Her goals of becoming a physical therapist stem from a shoulder injury playing softball. She had positive and negative experiences during her personal rehab driving her to want to provide high quality and individualized care to her patients. Through education and exercise, she strives to empower her patients with the tools to manage their health. She approaches each patient with a comprehensive functional assessment and treatment plan specific to their deficits and goals. In addition to orthopedic conditions, Carli is specialized in vestibular rehab for those with vertigo, imbalance, and post-concussion. Carli is new to Houston from the Chicago area and is excited to help this community reach their goals to restore an active and healthy lifestyle. 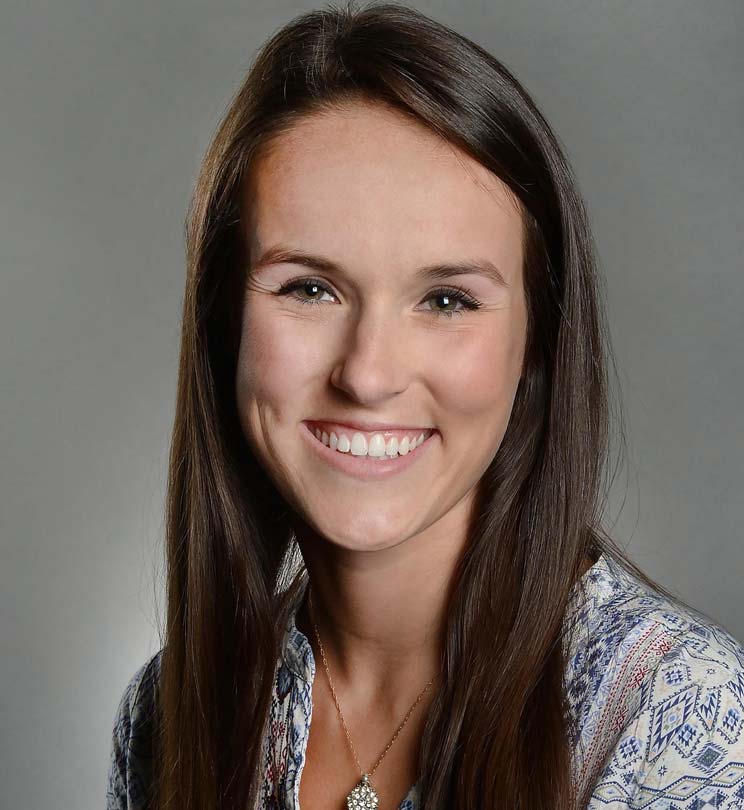 Dr. Trevor completed his undergraduate degree in kinesiology at Texas A&M University where he developed a love for the human anatomy and rehabilitation.

Trevor went on to receive his doctorate in Physical Therapy from the University of St. Augustine in Austin. Continuing to stay active through weight training and a lifelong passion for basketball, he has the experience and understands the importance of regular exercise for injury prevention. He has pursued advanced certifications and continuing education in dry needling, McKenzie method to help assist clients in reaching their goals. Dr. Trevor also has a niche in rehabbing post stem cell/PRP injections. His extensive understanding of the healing process, how to properly load new fragile tissue and maximize function, makes him highly sought after in the new world of regenerative medicine. 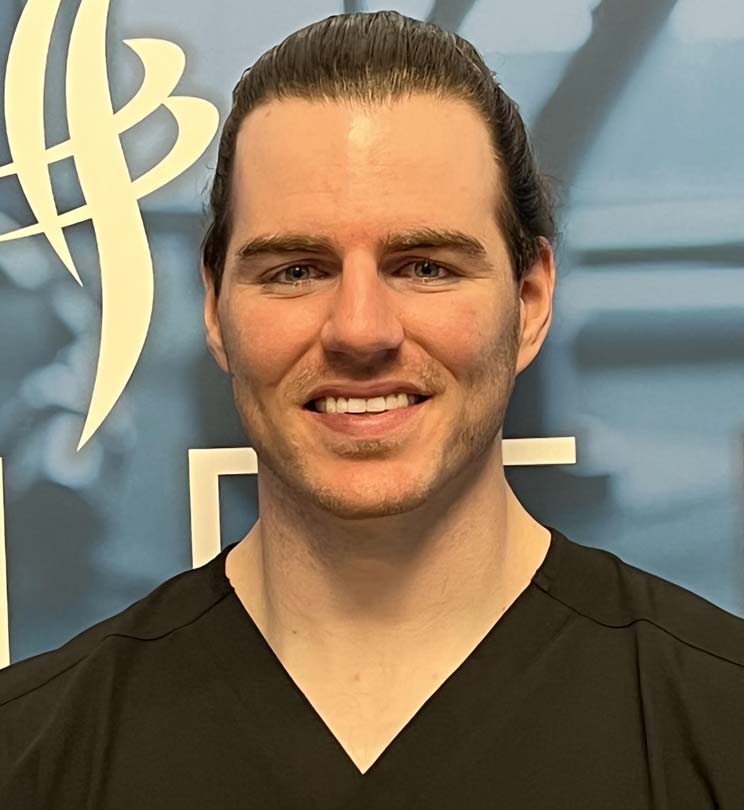